Ronnie Mathews - Trip To The Orient 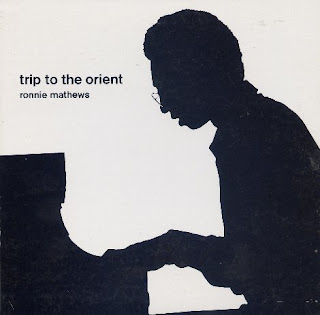 barabara sounds sez:
Ronnie Mathews leading a trio on East Wind, recorded and issued in 1975. By then, he'd been around for almost 20 years, working with some of the major players but never making much of a name for himself. This was just his second album as a leader (the first was back in '63, on Prestige with Freddie Hubbard in the band).

No doubt because it was on a "minor" label issued in "the Orient", this one has mostly fallen through the cracks... But it's well worth your time, especially the tracks Jean-Marie and, my favorite, the hip, slinky Manha do Carnival for which he moves to Fender.

Factoid: "Ichiban" literally means "first", or "number one". But back in the day it was slang (among non-Japanese) for "outstanding", "great", etc. All these tracks are ichiban.

There's more about Ronnie Mathews here on Wiki and from his obit in the NYT... 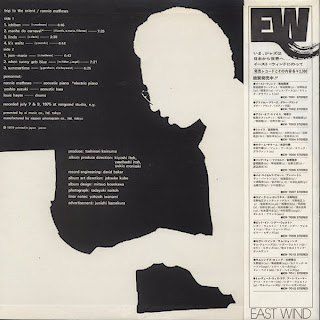