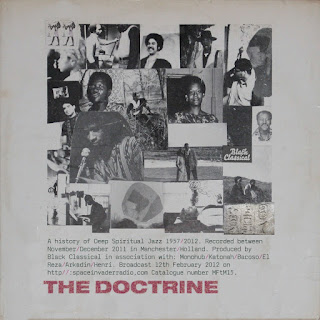 barabara sounds sez:
The mighty Black Classical has put together some legendary mixes in his time, but this one is truly epic. It runs for more than half a day. Yes you read that right: over 12 hours of the finest deep spiritual jazz. Just cast your eye down the running order (link below). Everyone that matters and then plenty more, all present and accounted for.
I'm a bit late to the party on this — or rather late to get the word out. That's because it's taken me this long to listen through it!
All there is to say at this point is: if you haven't checked out this epic work, then you're even later than me.
It's over here... Now don't walk, RUN!
Posted by taro nombei at 11:15 PM 12 comments: 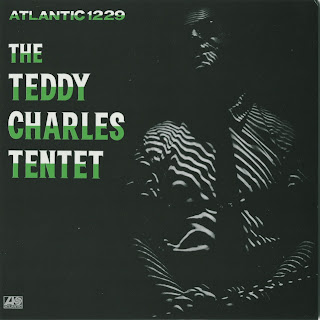 barabara sounds sez:
I'll come clean: I don't know much (well, I didn't until I lucked on this album) about the 'legendary' Teddy Charles. But I do know good album art when I see it. And I do know that if you've got arrangements of Gil Evans and George Russell, and you've got Art Farmer and Mal Waldron in the band, it's got to be more than just good. And it is. And looking at who he played with and produced (see down below), that's enough to want to make you explore his whole back catalog. Highlights (IMHO) on this album are The Emperor and the final track, the Russell number.
amg sez:
Most of this CD features vibraphonist Teddy Charles heading an advanced tentet in 1956, a unit including the likes of trumpeter Art Farmer, altoist Gigi Gryce, tenor saxophonist J.R. Monterose, pianist Mal Waldron, and guitarist Jimmy Raney. The arrangements of George Russell ("Lydian M-1"), Gil Evans (a year before Miles Ahead), Jimmy Giuffre, Mal Waldron, and Charles are quite advanced but often leave room for some swinging spots. The final three selections on the CD are actually taken from a slightly later album. Of these, "Blue Greens" is a change of pace, a quartet outing for Charles, pianist Hall Overton, bassist Charles Mingus, and drummer Ed Shaughnessy. All in all, this CD is pretty definitive of Teddy Charles' more adventurous music of the 1950s and it grows in interest with each listening.
atlas arts sez:
The legendary Teddy Charles, considered to be one of the great jazz vibraphonists and composers of all time, makes his Atlas debut with his tentet...The legendary performer has played with jazz icons such as Charlie Mingus, Charlie Parker and Miles Davis in addition to recording numerous albums. In 2008, after an extended hiatus in which Charles lived at sea, he returned full force to the jazz scene with performances in the US, a tour in the Netherlands and a new studio recording, Dances with Bulls.
Trivia:
On the original album release, Art Farmer was listed under the peudonym Peter Urban.

Plenty more on Teddy Charles' current projects at
his own web site here... 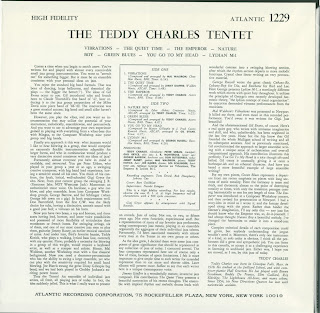 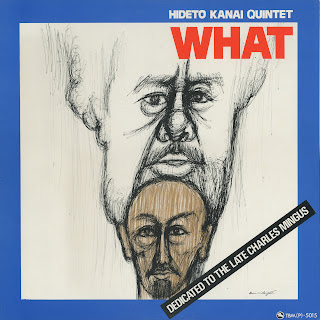 barabara sounds sez:
Another fine contribution from the mighty bongohito, continuing the recent TBM thread. Bassman Hideto Kanai here with his homage to one of the greats, Charles Mingus. Recorded just a couple of months after Mingus passed, it includes a couple of his compositions — plus Kanai's own bluesy homage, which was recorded with a slight change of personnel.

There's very little about this particularly album anywhere on the web, but Kanai himself needs little introduction if you're a regular visitor at Barabara Manor. There's been no reissue (that I'm aware of) of this, nor any previous postings in the blogosphere. Big up bongohito!.


tracks:
A) 1) What Love; 2) Rhapsody in Blue
B) 1. Chokuritsu Bummeijin; For Charles; Tensions 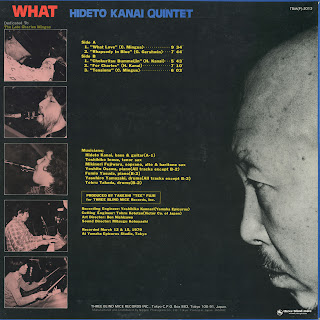