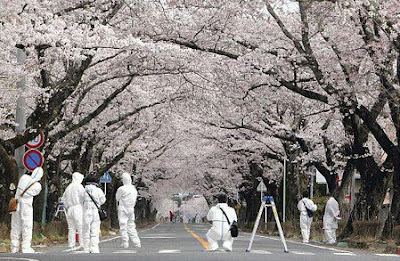 barabara sounds sez:
The sakura has been and gone in Tokyo for this year. But the blossom is only just starting to illuminate the areas further north. There are many reasons for people in those areas to party and celebrate the return of another spring. But it will be many years, decades for sure and maybe more, before anyone has hanami parties under these trees inside the nuclear no-go zone. And a long long wait until any of us can really breathe easy.

Meanwhile, here's Yosuke Yamashita and his trio from 1990 with the funkiest version you're likely to hear of that hoary old traditional Japanese ditty. The other tracks are equally fine, with Yamashita in much more lyrical mode than he was earlier in his career. He really has a great understanding with his two longtime sidemen. 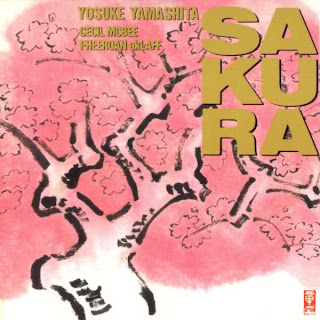 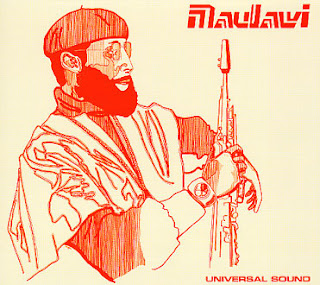 dusted mag sez:
…an absolute original that flies in the same circles as some of the greatest jazz and soul records of the early '70s. Maulawi Nururdin's Maulawi covers a staggering landscape, and does a virtual Sherman's March across the territories of funk, blues, post-Palladium latin jazz, samba, and his own unique take on the outtasphere; burning it all down with punishing resolve, and reviving it all in his own image. Maulawi, Nururdin's solo album that died a commercial death shortly after its 1974 release, reveals a palette of compositional depth and sonic intelligence that Nururdin would have had a tough time topping had he recorded again. The product of an era rife with social and political tension, this work highlights a street-hot assembly of musicians as they document their composer/bandleader's detailed, colloquial vision.
barabara sounds sez:

Spiritual but gritty, hip, compelling and percussive, Maulawi is (as Dusted points out) something like a cross between Miles (Evil Live era) and Curtis at his Chi-town funkiest. Intrigued? You should be. If you've never heard this lost-classic one-of-a-grooving-kind album — originally on the Strata label but reissued on Universal Sound — then you're in for a major treat. Enjoy it while you can.
tracks:
Street rap; Root In 7/4 plus; Eltition; Naima; Sphynx rabbit. 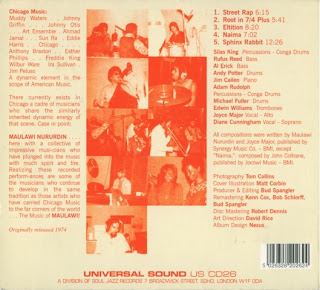