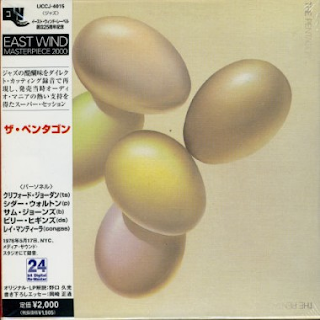 barabara sounds sez:
Straightahead down-the-line jazziness from this not-quite-supergroup which came together to record in Japan back in 1976. Not the most challenging or progressive side ever issued by the East Wind label, but still well deserving of several listens. As before, this one has seen the light of day a couple of times before in the blogosphere — but there's never any harm is spreading the good stuff around some more. [And yes, it's nothing to do with the US military…]

dusty sez:
Pretty soulful stuff – and a unique one-off group that features Cedar Walton, Clifford Jordan, Sam Jones, Billy Higgins, and Ray Mantilla – the first four of whom had played together often at the time, and who receive some nice added percussive support from Mantilla for the set! Tunes have a laidback grooving stye – mostly soulbop with some slight Latin touches…

scott (all music) yawno sez:
Originally released by the Japanese East Wind label and made available briefly domestically on an LP from the defunct Inner CIty label, this quartet outing features pianist Cedar Walton, the underrated tenor saxophonist Clifford Jordan, bassist Sam Jones, and drummer Billy Higgins; Ray Mantilla adds his congas to three of the six selections. The group performs fresh versions of five jazz standards (including "Manteca," Kenny Dorham's "Una Mas," and Lester Young's D.B. Blues") plus Jordan's "He Is a Hero." Superior to Walton's RCA recordings of this period and his upcoming output for Columbia, this obscure effort finds all of the musicians playing up to their usual level of creativity. 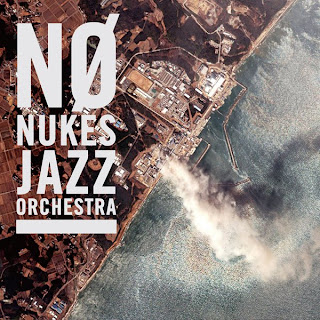 3.11- A year has passed since the tsunami hit Fukushima to cause an unexampled disaster. Meanwhile, for the whole year, a remarkable bassist/composer/arranger, Jyoji Sawada has kept asking himself, what can jazz do, what kind of music, melody, can a musician play in the face of this tragedy. Now he assembles top musicians in Japan to create a a sonic description of what has happened in Japan after the incident. NNJO is a musical statement for all who lives in the Post-Fukushima era, a jazz driven manifest powered by Fear, Despair, Anger and Hope.

Akira Ishikawa & His Count Buffalos - Get Up! 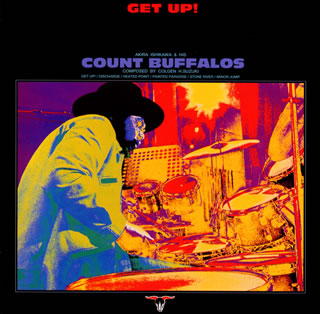 barabara sounds sez:
Not the first time this has been seen in blogoville, but that's no reason to hold back. And not perhaps the ultimate Count Buffalos — my vote has to go to the magnificent Side 1 of Electrum (which you'll find hosted over at OIR). Or even Bakishinba (another of Bacoso's gems). But still most excellent and worthy of your time. Plus I seriously rate the album cover.

brief bio stuff:
Akira Ishikawa was born in Yokosuka in 1934. He played with Akira Miyazawa's Modern All Stars; and later with Toshiyuki Miyama and his New Herd (in its early days), then left to form his own band The Gentures (try this on YouTube), which later gave birth to Count Buffalos. He was hugely influenced by African rhythms after visiting East Africa in the 1970. Hence the albums Uganda: Dawn of African Rock (more here) and then Bakishinba.
Besides working as a session musician and also on TV (he takes the blame for this theme tune for an NHK kids show), he spent a lot of time working on projects to benefit African kids). In the 1990s he founded the music club Piga Piga in Ebisu, which hosted some of the best live African sounds in Tokyo. He later moved back to live in Kenya, which is where he died in 2002.

'Nuff said. Without further ado, time to Get it Up…

Marvin Peterson - Hannibal in Antibes & the Soulmasters in Concert 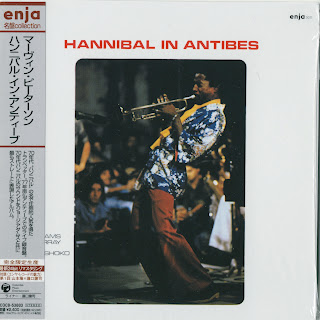 High time I posted some Hannibal. The finest littlest-known trumpet free-funkster ever. So, making up for lost time, here are two sides, both live — except the second (the first chronologicly) is from when Marvin Peterson hadn't yet adopted his alternate name. In Antibes is from 1977, recorded in the south of France and released on enja, and he's at his jazz peak. In Concert with the Soulmasters dates from '68, when he was still just 20 and playing jazz-funk around his home state of TX. Both in their own ways are exceptionally cool...

dusty sez (on Antibes):
A classic live set from trumpeter Marvin Hannibal Peterson – done with two side-long tracks that really let the group stretch out in a very spiritual way! The performance was captured at the Antibes festival in 1977 – and Hannibal's leading a relatively stripped-down group – with George Adams on flute and tenor, Diedre Murray on cello, Steve Neil on bass, and Mkaya Ntshoko on drums. The mixture of cello and bass, without any piano, echoes some of Peterson's larger ensemble work – but the feel here is much more lively and improvised – a mixture of his freer energies and deeper concepts, which makes for one of his most dynamic records ever.

…and (on live with the Soulmasters):
Rare early work from Hannibal Marvin Peterson – doing it live at the Burning Bush in Denton, TX in November of 1968, around the time Petersonwas still a student at North Texas State University – an incredible formative live document of one of the great soul jazz players, in a more soul & early funk inspired groove than the more exploratory style to come! The set's credited to Marvin Peterson & The Soulmasters – aptly billed, we might add – and it's a mix of organ funk, a more slow cooking number or two, and a couple nods to James Brown style funk soul! Marvin, not yet billed as Hannibal, is on trumpet and he sings on his own "Five Foot Seven" and also contributes some vocals to the JB cover "I Can't Stand It". Tim Peterson is on sax and flute, penned the set opening "Groove For Otis" and co-wrote "Our Groove" with Peterson. The group also covers the Gershwin classic "Summertime" and other players include Mike Campell on alto sax, Clevend Gay on trombone, Eugene Carrier on organ and tamborine, Richard Thompson and Eugene Murray on bass and Emry Thomas on drums. 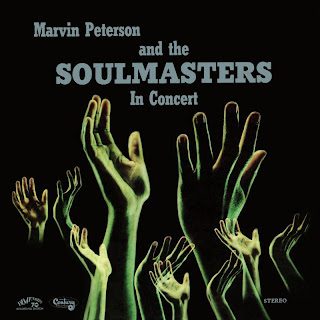