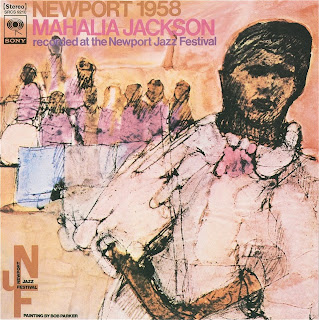 barabara sounds sez:
I don't listen to a whole lot of gospel, virtually none it has to be said. In fact, I have more sufi or Buddhist music in my record stacks than gospel. But this is the one exception that proves the rule. Maybe it's because I saw the classic Jazz on a Summer's Day documentary at a highly impressionable age... Just the opening does it for me: "It is Sunday and it's time for the world's greatest gospel singer..." Damn right it is. Turn up the volume, especially on 'Didn't it rain.' Actually, no matter what day of the week, this really is an all-time classic.
amazon sez:
It was 1958 at the Newport Jazz Festival, and the announcer said it all: "Ladies and gentlemen... the World's Greatest Gospel Singer, Miss Mahalia Jackson." And, with that all-too-appropriate introduction, Jackson broke into a stirring rendition of "An Evening Prayer" that set the tone for a classic performance. Over the course of her 45-minute set, she performed pop-tinged numbers ("Didn't It Rain"), a few trad tunes ("I'm Going to Live the Life I Sing About in My Song"), and songs immersed with soul ("Keep Your Hand on the Plow"). On all of these numbers, Jackson's voice rang loud and clear, backed simply by piano and organ. Recorded at a time when her longtime fans were questioning her increasing fame and popularity, the "Queen of Gospel" proved shiningly, once again, that she still knew how to use her God-given gift of voice.
Posted by taro nombei at 11:49 PM 13 comments: 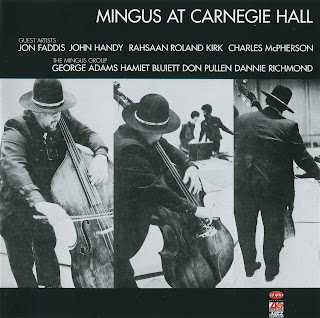 The great great Mingus jamming live with an all-star cast featuring five — count them — top sax players (Hamiet Bluiett was in the Mingus band at the time; the other four were guests), not to mention the greatest stritch player that ever lived... Enjoy it! You can tell the musicians themselves did!

Atlantic Records, somewhat perversely, chose to release two performances from this concert that had the strongest aura of "jam session" about them. But the show included a solid opening set by the working band of the time, as well as a freer finale, all of which remains unissued. This is a fun 45 minutes, particularly for the jovial interplay between saxophonists Kirk and Adams, but in its released form, only hints at the strength of The Jazz Workshop in 1974.

This live recording captures the essence of Mingus' larger band excursions and is somewhat more improvised than many of his other larger band dates. For one the inclusion of Hamiet Bluiett adds a free sense that is not usually evident in a Mingus recording. Also the ever changing Rahsaan Roland Kirk equally adds color to this Mingus' lineup. The band takes Duke Ellingtons "C Jam Blues" and changes the whole texture and face of the song turning it into a partially improvised tour de force that features Bluietts baritone sax work and kirks tenor and stritch. The other tune is a masterfull take on "Perdido" and it is equally exciting. The amazing thing about this date is Mingus' ability to assemble the best players in jazz in one band and come up with something as good as this. I only wish that I had been there to witness this incredible live performance. 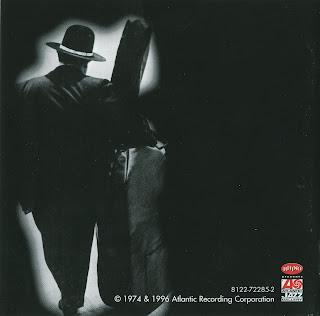 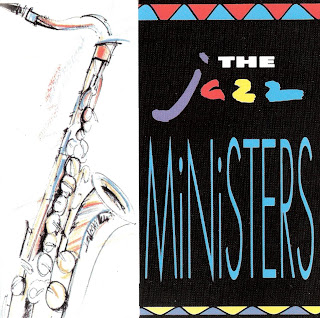 A fantastic share dropped in the comments for King Kong by boogieman. I don't have much info about this particular album — it's from a CD reissue, but I'm guessing this is from the Jazz Ministers' heyday in the 70s, with Victor Ndlazilwana.
I'll post more details as they come available. In the meantime, thanks boogieman!
There's more from the Jazz Ministers over at the ever-excellent Electric Jive...
The great Nomvula's Jazz Dance and Ndize Bonono Na?


update (Aug. 2011)...
I've been getting a few more clues and background info about this excellent album:
It seems like it was first issued in 1975 on Gallo under the name 'Zandile'. There's a link to the original cover art here...


PS (Sept. 2011)
And now the original album has just been gone up on Electric Jive. Head over there now to snare this most excellent post! Lots more details about the personnel, who included the young Nomvula Ndlazukwane on piano and Johnny Mekoa on flugelhorn.