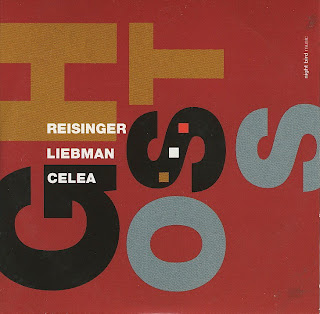 barabara sounds sez:
Saxman Dave Liebman needs no introduction; and if you know European jazz of the last couple of decades (which I don't really) nor do French bassist Jean-Paul Celea or Austrian percussionist Wolfgang Reisinger. This date is from 2001 and was issued on NIght Wing. There's some really fine work on it, especially the Albert Ayler-penned title track.
I don't speak/read much French but you get the idea that they liked this in France. Jazz.com was less impressed. You pays yer money (or not as the case may be) and makes yer own mind up. That's what this blog is all about.
Franck Bergerot (JAZZMAN) sez:
"Pas de discours, mais précision du geste, de l'intention, de l'extra-lucidité, immense présence à l'autre et à l'instant. Libre et contemporaine, la musique du trio est le fruit de cette intensité du geste et de l'attention. C'est ainsi qu'elle nous ravit, body and soul".
jazz.com (Chris Kelsey) sez:
This album has the trio of Celea, Liebman, and Reisinger interpreting several songs written or made famous by such great saxophonists as Albert Ayler, Wayne Shorter, Ornette Coleman, and, in this case, John Coltrane. It takes guts (or gall) for Liebman—a saxophonist who's been so profoundly influenced by Trane—to record the master's "greatest hit." More than almost any other jazz musician, Coltrane made certain tunes his own: My Favorite Things especially...
Liebman subverts expectations by playing the tune on tenor instead of soprano, whilst the rhythm section renders a heavy, odd-time vamp that in terms of feel (if not composition) more resembles Coltrane's Spiritual (from Live at the Village Vanguard) than his original version. Liebman is his usual technically astounding self, and he plays with characteristic passion and eloquence. Drummer Reisinger channels Elvin Jones fairly remarkably, and bassist Celea is a sturdy groove-maker. The music is well-played and inspired in its way. As much as this writer esteems Liebman, however, the group's very decision to approach such iconic material seems contrived and perhaps ego-driven. That perception gets in the way of the music—for this listener, anyway.
Posted by taro nombei at 11:02 PM 5 comments:

The Alan Skidmore Quintet - Once Upon a Time 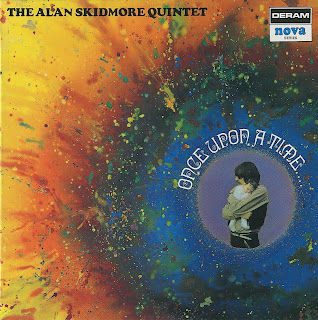 barabara sounds sez:
Alan Skidmore is not so much underrated as way off the radar for most people. That's too bad because he made some great albums over the years — both as a leader and a sideman — especially this one on Deram Nova from 1970. He's got a great group of freewheeling cohorts with him, especially Kenny Wheeler on flugelhorn. And it's definitely got the feel of that era — the late 60s, the UK jazz scene — when the boundaries between blues and rock and jazz were more fluid.
Dusty calls it... a real treasure, a spiralling, soaring work, comparable with the best Michael Garrick sessions of the late 60s. Over at Barabara Grange we call it a kind of a classic.
more on Alan Skidmore at Wiki...
and at his own site here...
Posted by taro nombei at 11:20 PM 17 comments: 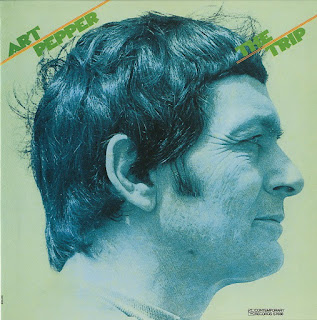 A great late (1976) Pepper date that's not to be missed. And don't be fooled by the album title. Yes, he did hail from the West Coast, but this album has nothing to do with psychedelia (the drugs that fueled Art's art were smack and methadone). He actually wrote the title track when incarcerated in San Quentin for his habit. Check out the bonus extended 13-minute version on the last track. Essential. Classic? I'd say so.

This album features The Trip, one of Art Pepper's own melodies written in 1963 while in San Quentin. Pepper likened jazz to the storytelling that took place between the prisoners. As he says in the sleeve notes, "When I play,... the sound that comes out of this thing, this piece of metal is just me saying these things and taking people on a trip."

This is definitely one of Art Pepper's greatest records. Everybody in the quartet is outstanding. Great to hear Art interacting with the great Elvin Jones. Pepper mixes sensitive ballad playing with hard edged blowing that shows the Coltrane influence that he picked up on. You can really hear this cat's life come out of the horn, including his many years in jails like San Quentin. This is as good as it gets!

The Trip; A Song For Richard; Sweet Love Of Mine; Junior Cat; The Summer Knows; Red Car; The Trip [alt. take] 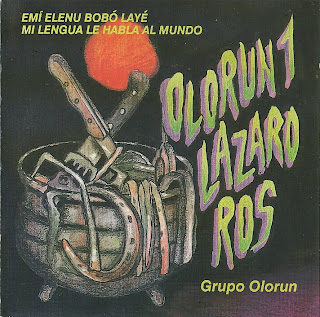 barabara sounds sez:
There's been plenty of interest in this one, so I decided to reup it, this time at higher bitrate.
It gets deeper all the time...
...and (to save you time digging back down into my archives) here's my original post:
There are plenty of people who know a lot more than me about the Yoruba/Orisha religion and the praise music for the various gods. All I can say is that the old religion of the Mother Continent underpins all the music that comes out of Cuba. On one level, the rhythms of the drumming and the call and response-style chanting seem simple; but at the same time they are compelling and profound. This is probably the first time this music has appeared in the blogosphere.
Here's a comprehensive list of Orisha music (originally put together by Ish, the man behind the primo, not-to-be-missed Ile Oxumare) that offers a multitude of possibilities for further listening.
And here is an article on women's contribution to the sacred music. Definitely worth a read.
Posted by taro nombei at 4:01 PM 13 comments: 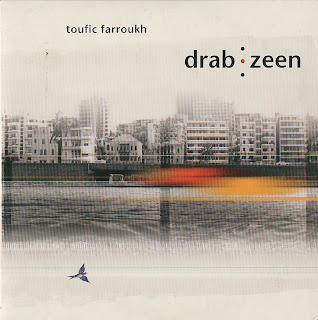 barabara sounds sez:
Parts of this were recorded in Paris, other parts in Beirut. Toufic Farroukh mixes jazz and club grooves, blending them together with plenty of traditional levantine instruments. I enjoyed it at the time (it came out in 2002) but soon relegated it to the far depths of my closet. Having dug it out and dusted it off, the question is: does it work? The answer has to be: only in parts.
an amazon reviewer sez:
Can't really go wrong with Toufic Farroukh – he's innovative, funky, stylish, interesting. Each of his albums is different from the others, and all arguably pretty much equally entertaining. The sound on this album is rich and exotic, a bit less jazzy and more funky than his previous albums, with lots of interesting soundscapes. If you have a liking for Arab fusion, this is one of the better albums around.
Posted by taro nombei at 2:09 AM 8 comments: