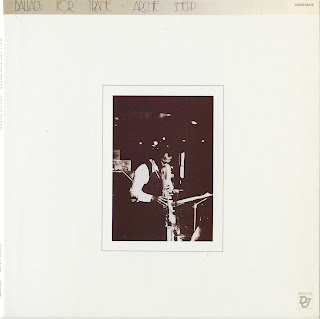 barabara sounds sez:
I've been on a bit of a Shepp jag recently, and this is one that's been on regular late-night rotation here at chateau barabara. Laid down in 1977 for the Denon label, it's pretty short — less then 40 minutes in all —  but oh so sweet, full of those intense, breathy notes Shepp plays so well. This is not the fire music he was playing a decade or so earlier. Check out the opening track, Mal Evans' Soul Eyes, and the one Trane track on this date, a classic take on Wise One. As far as I know, this was never issued outside Japan, and the original album now commands a fair old price — and there's a premium on the CD too these days.


an amazon review sez:
Just happened to listen to this right after "Four for Trane". A stark contrast to that CD, this REALLY IS a series of ballads performed beautifully by Mr. Shepp and his band. The feel of this album is what one would expect from a "ballads" compilation, but there is no lack of inspiration. The whole band remains focused throughout, and they put enormous effort into every phrase. 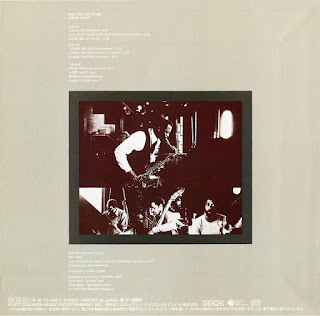 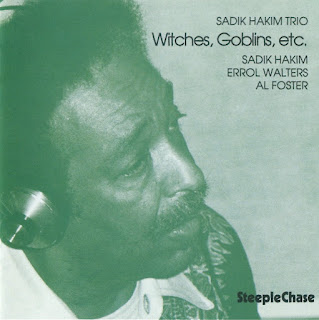 barabara sounds sez:
It's a fantastic name for an album, strong cover art too. And if the music is slightly underwhelming — conventional is the word used by allmusic — there's still some lovely piano trio work to be found here.
Sadik Hakim is certainly no household name, leastways, not in the barabara bailiwick, and this SteepleChase side is the only album of his I've ever come across. So I've dropped a bit of background info at the bottom. Here's a potted version:
Hakim (birth name Argonne Thornton) was the legendary pianist who played with Charlie Parker (the 1954 KoKo session), Ben Webster, Dexter Gordon (Dexter Rides Again) and Lester Young (I'm Confessin'). In 1982, he played "'Round Midnight" at Thelonius Monk's funeral, a year before his own death.
allmusic.com sez:
Argonne Thornton (who in the late '40s changed his name to Sadik Hakim) had a particularly unusual boppish style in the '40s, playing dissonant lines, using repetition to build suspense, and certainly standing out from the many Bud Powell impressionists. Later in his career his playing became more conventional. Hakim originally studied music with his grandfather and started performing at local gigs in Minnesota. After a period in Chicago, he was heard by Ben Webster, who hired him to play with his group in New York (1944-1945). Hakim recorded with Webster and Dexter Gordon, was on part of Charlie Parker's famous "Ko Ko" session, and gigged regularly with Lester Young during 1946-1948, appearing on many recordings with Pres. After playing with Slam Stewart in 1949, in the 1950s Hakim worked fairly regularly with James Moody (1951-1954) and Buddy Tate's Orchestra (1956-1960) but never became too well known himself. Later in life he lived for a period in Montreal (the second half of the 1960s), performed in Europe often, and toured Japan (1979-1980). Other than sharing an album for the Charlie Parker label with fellow pianist Duke Jordan in 1962, Hakim did not record as a leader until 1973; during the next seven years he would lead dates for CBC, Japanese Progressive, SteepleChase, and finally in 1980 for Storyville.
musicians:
Sadik Hakim piano; Errol Walters bass; Al Foster drums
tracks:
1. Moon In Aquarius; 2. Witches, Goblins, etc; 3. Our Bossa Nova; 4. No More Sue; 5. Portrait Of Cousin Mickey; 6. Booger's Dilemma; 7. Peace Of Mind; 8. Say What You Mean; 9. Peace Of Mind; 10 Booger's Dilemma
And there's some interesting autobiographical stuff here at Tony Flood's House of Hard Bop — plus Tony's own recollections of meeting Hakim.
Posted by taro nombei at 3:17 AM 16 comments: 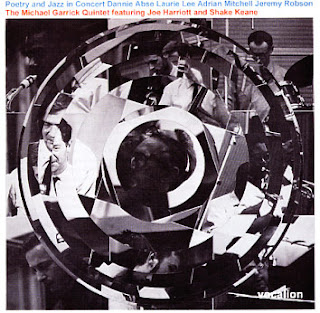 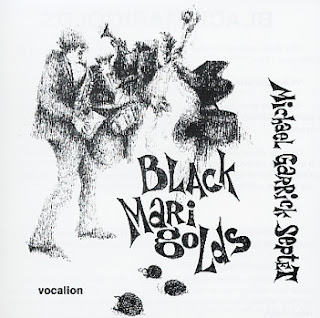 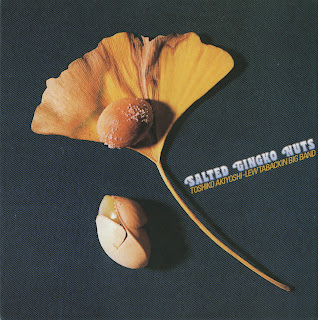 barabara sounds sez:
Autumn's here: time for one of my favorite seasonal snacks. Great with beer, even better with sake, and perfect too with Toshiko's peerless big band music. This one (on Baystate from 1978) is particularly nutritious. It's a 16-piece aggregation, but they played together so much over the course of that decade that they sound like one seamless unit. There are also some great solos from Bobby Shew on trumpet and Gary Foster (alto). Tasty...

Yawno sez:
The Toshiko Akiyoshi-Lew Tabackin Orchestra's first few recordings were made for RCA (usually released first in Japan and then later in the U.S.) but, after that association ended in 1978, most of the big band's recordings ended up being released by their own private Ascent label. The orchestra (based in Los Angeles) was one of the finest big bands of the era, as can be heard on this superior outing with Akiyoshi on piano, Tabackin displaying very different styles on tenor and flute, altoists Gary Foster and Dick Spencer, and trumpeter Bobby Shew. The leader's arrangements reflect both her roots in swinging bop and her Asian heritage. Highlights of the excellent set are "Chasing After Love" (based on "Lover"), the lyrical "Elusive Dream," and "Son of Road Time."
There's lots more about Toshiko over here on Susan Fleet's web site.
And All About Jazz has some nice interviews, including this one here...
Kampai! 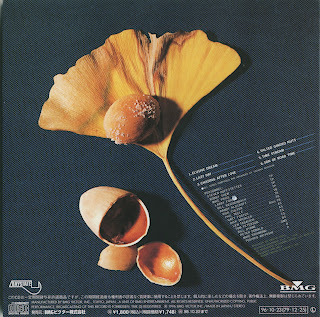