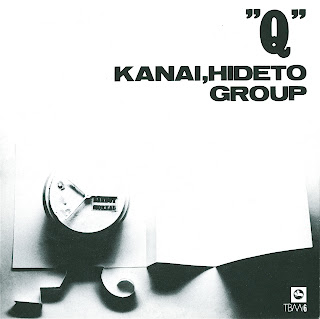 More goodies from the tbm vaults, this time from pioneering jazz bass great Hideto Kanai. Laid down in 1971, his ensemble features some of the future lunimaries of j-jazz. Mine is there, so is Takayanagi and Motohiko Hino (here sharing drums duties with Hiroshi Yamazaki) among others. Even the CD reissue is well OOP, but it's the music not the rarity that makes this special. Free but not without structure, this is classic tbm, classic 70s j-jazz. A barabara classic in fact.
east wind says:
The sixth album released by Three Blind Mice turned the spotlight on Hideto Kanai a veteran bassist who had been pursuing a very progressive, unique and uncompromising kind of jazz since the early 1960s. With his passion for educating young musicians and adventurous nature, Kanai has drawn some comparisons to another great leader, Charles Mingus, whom he respected.
The four performances in this album are all free-oriented and may be challenging for some listeners, but they riveting, fascinating, and ultimately satisfying. The opening and closing numbers were actually quite "composed." In an interesting collaboration with contemporary composers (from the world of classical music), Shuko Mizuno wrote "April" and Hiroshi Nanatsuya wrote "Meditation" specially for this group. 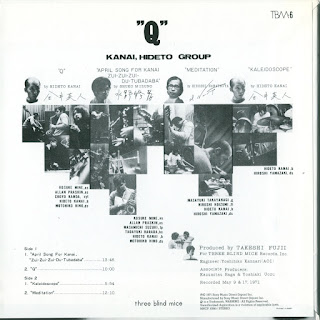 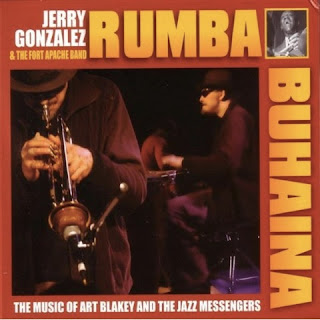 barabara sounds sez:
What better way to groove into a new year than with Jerry Gonzalez and his fine fine Fort Apache Band. I love this take on the old Jazz Messengers numbers (plus a few extra Wayne Shorter numbers and originals).
Fun factoid: Art Blakey took the name Abdullah Ibn Buhaina when he converted to Islam during his stay in West Africa, shortly after Word War II.
This album is so recent, I'm not going to leave it up for long. But it's too good to leave in the vaults. Grab it while you can.
AMG sez:
Jerry Gonzalez and the Fort Apache Band offer up their talents to immortalize Art Blakey and his mighty Jazz Messengers. With some very creative renditions of Jazz Messengers B-sides, like "Crisis" done in a slinky Afro and "Madi's Smile" done in cha cha, Gonzalez shows himself yet again to be a great Latin interpreter of the jazz repertoire. There could not have been a better choice of group than the Fort Apache Band to pay the Messengers homage.
They are without a doubt one of the finest Latin jazz outfits operating today, with superb balance and taste. They play as a unit, seemingly without ego, as only a group with better than 25 years under its belt could. The Fort Apache Band have always lacked the ability to dazzle audiences with virtuosity, but over the years their increasing synergy and sensitivity more than compensate. The level of refinement and restraint on Rumba Buhaina makes it one of the most listenable, enjoyable Latin jazz releases of 2005
musicians:
Jerry Gonzalez - trumpet/congas; Joe Ford - sax; Larry Willis - piano; Andy Gonzalez - bass; Steve Berrios - drums/percussion.
Probably the best review I've come across for this excellent album is from Dusted magazine, here...
And another from all about jazz...
Posted by taro nombei at 1:32 AM 9 comments: 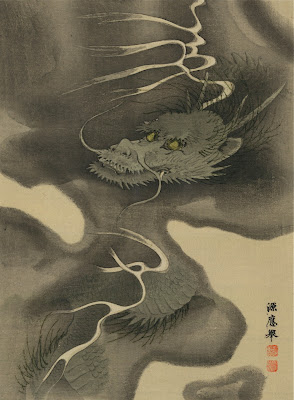 
Greetings and warmest wishes as we enter 2012, the Dragon Year. Good health and good listening in the year ahead…

Here's a track — yes just the one — that is close to my heart. For sound and obvious reasons... 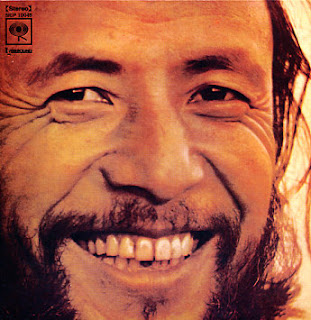