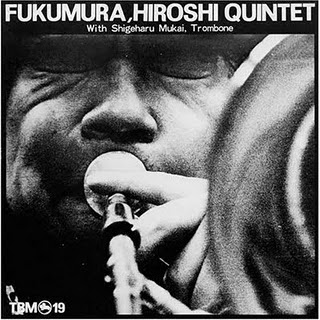 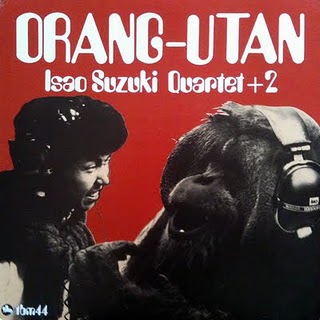 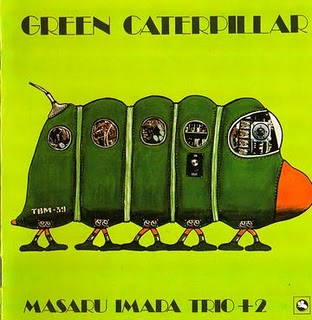 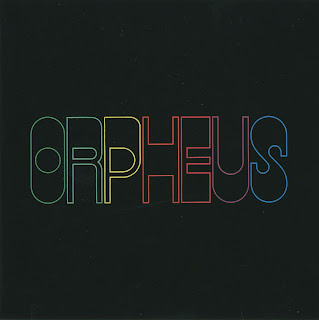 barabara sounds sez:
Sukuki is one of the j-jazz greats — and this is one of his top sessions, laid down for the TBM label in 1976. The album title is a bit of a red herring, since the only music from Black Orpheus is the first track, the classic
Manha De Carnaval. That's also the standout track — but the whole of the album grooves very nicely too, thanks to Yamamoto's nifty keyboard work, especially on the Rhodes, with Donald Bailey anchoring everything most effectively.
someone else (can't remember where I found this) sez:
Isao Suzuki is one of the most important recording artists on the TBM label. Until his last album “Touch!”, he usually recorded with Kazumi Watanabe on guitar and his old friend Kunihiko Sugano on piano. However, he thinks highly of Tsuyoshi Yamamoto on piano and at a joint concert with Kenny Burrell, Suzuki asked Yamamoto to join him. Yamamoto’s powerful technique and taste for swing are a good match for Suzuki.
While Donald Bailey is a really exciting drummer. Donald grew up in Philadelphia and has amassed a lot of experience, including playing with top organist Jimmy Smith for nearly eight years. Unique in his drums setting is that his snare is fixed extremely oblique and tom-toms were fixed close to the snare. In addition, various bells and chimes are usually hung up. His favorite style is jazz mixed with latin beat. His simple but exciting jazz beat is very attractive and influential in the group.
musicians:
Suzuki
Isao
bass & cello; Yamamoto
Tsuyoshi
piano & electric piano; Donald Bailey drums
tracks:
Manha De Carnaval; Angel Eyes; Who Can I Turn To; In a Sentimantal Mood; Blues
tbm-63 recorded in Tokyo, Feb.20 1976 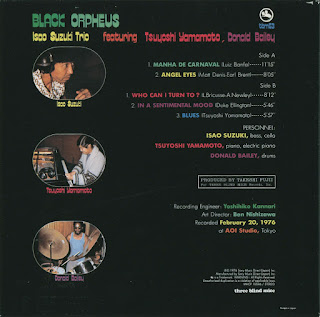 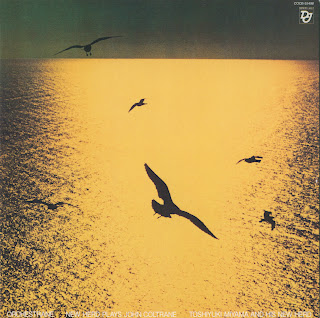 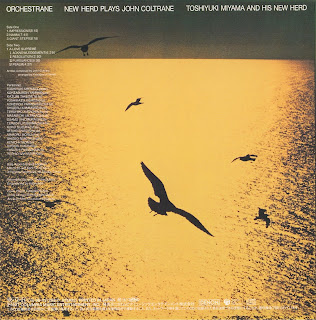 Art Farmer - To Sweden With Love 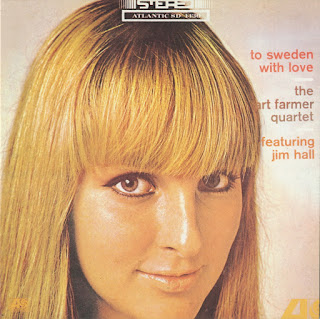 Two reasons why Art Farmer is not as well known as he should be: a) he joined the jazz diaspora in Europe, settling eventually in Austria; b) while he may have blown a beautiful horn — flugelhorn in this particular case — he didn't write much memorable material of his own. That's not a problem here, because he's taken traditional Swedish folk melodies and rendered them in very cool versions that swing very nicely indeed. He's also got some top top sidemen with him here including Jim Hall and the great Pete LaRoca. Jazztime calls it a "minor masterpiece" and that's not overstating the case. Short (not much over 30 minutes) but sweet indeed.

…the band transforms the melodies, making each one swing gently, and opening up the tunes to intense, meditative explorations. Farmer's flugelhorn and Hall's guitar lines are perfect foils, unfurling quiet, complex lines around each other like twin wisps of smoke.

After the 1962 breakup of the Jazztet that he'd co-founded with Benny Golson, flugelhornist Farmer formed a pianoless quartet with Jim Hall that made three LPs for Atlantic before disbanding in 1964. Recorded in Sweden with bassist Steve Swallow and drummer Pete La Roca, this inventive group rises to the challenge of playing a program of Swedish folk songs, all but one arranged by Farmer. The unfamiliar tunes means zero reliance on standard chord progressions and the sort of automatic reactions a familiar set of tunes might engender. The combination of Farmer's lustrous, lyrical horn with Hall's magical touch on guitar makes this short count CD the minor masterpiece it is.

Farmer and his crew use Swedish folk melodies as the basis for each of the six songs here, and at points it begins to sound like modal jazz in the 1960s had some odd Nordic strain that's gone heretofore unremarked upon. Farmer's never allowed himself to be bullied or hurried, favoring wide swaths of tone over speed or even exactness. Hall's perfect at this game, playing clean and pristine single notes and then ripping into a grit-filled series of riffs that precede an unerringly risky solo of bent corners and blunted runs. 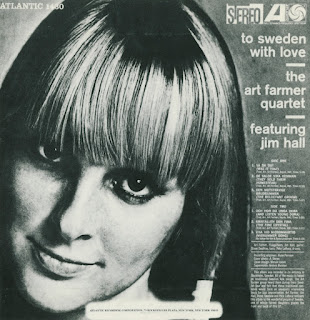