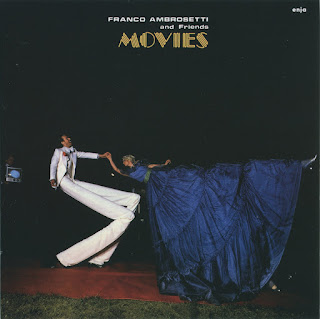 Another double header, this time on enja. Swiss trumpeter Franco Ambrosetti's two fine albums, featuring takes on a range of movie theme tunes (or just tunes featured in movies), aided and abetted by some top sidemen. Two separate sessions, from 1987 and 88 (though Ambrosetti's own site says a year earlier than that).

I was dubious at first (after all Yawno recommends them) but there is, as he says, some great jazz on these albums.

And yes these are all my own rips and scans (from the JP remasters) thank you very much.

Born in 1941 in Lugano (Switzerland), Franco Ambrosetti started his recording career in 1964 as a sideman with his father Flavio, then a famous alto sax player. In years to follow he received several trumpet awards, was voted "Best European Jazz Musician" in Italy and was called "the most elegant hard bop trumpeter Europe has ever known." Dedicated to famous film melodies (by Gershwin, Lennon/McCartney, Hancock a.o.) and featuring American star players John Scofield and Geri Allen, "Movies" was Ambrosetti's most successful album in the eighties. Its re-definings of some well-known songs received top ratings, among them the prestigious German Critics Award. British Jazz Journal reads: "Comparisons could be drawn between Ambrosetti and Lester Bowie, in that both have blended gentle satire and serious blowing, but the Italo-Swiss has pulled off the idea with flair and taste."

Movies: When one considers the repertoire — eight songs from movies. including the theme from The Magnificent Seven and the Beatles' "Yellow Submarine" — this recording may not seem to have much potential. But actually, the set list includes four well-known standards (including "That Old Black Magic" and "Falling In Love Again"), and all of the music is transformed into creative and consistently exciting jazz. Trumpeter/flugelhornist Franco Ambrosetti is the lead voice, but gives plenty of solo space to his illustrious sidemen... and the performances are generally quite memorable. Recommended.

Movies, Too: This second CD of movie themes once again finds flugelhornist Franco Ambrosetti transforming some unpromising themes into jazz (including "Theme from Superman," "Theme from Peter Gunn" and "What's New, Pussycat"), in addition to better-known standards such as "My Man," "Angel Eyes" and "God Bless the Child"... Well worth checking out. 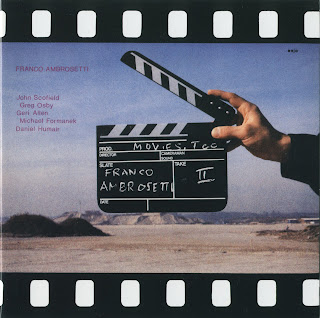 Arkadin posted a much earlier Ambrosetti album, A Jazz Portrait of... over at his place — here...
Posted by taro nombei at 12:50 PM 10 comments:

Kenny Drew Trio - If You Could See Me Now + Dark Beauty 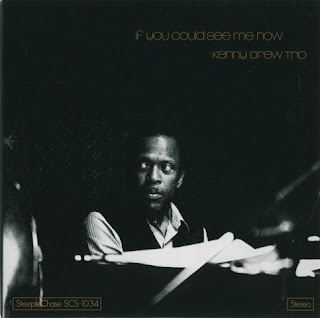 As far as most of mainstream America was concerned, Kenny Drew ceased to exist the moment he left the country in 1961. Having played with Trane (Blue Train) and all the young lions of Bluenote (check out the fine fine Undercurrent, his first album as leader), it was as if he'd fallen off the map. That was America's loss — and Denmark's gain. He became one of the pillars of the Copenhagen jazz scene, and a mainstay of the SteepleChase label.

As a trio with Niels-Henning Ørsted Pedersen and Albert Heath, Drew made these two 1974 albums which were issued separately but taken from the same two-day session. These limited edition JP remasters include extra outtakes, bringing together all the material from those sessions. Which is better? There's very little between them, but I do tend to listen to If You Could See Me Now, mainly for the first two cuts, the title track and the excellent In Your Own Sweet Way.

nothing (the only mention is the above mentioned Undercurrent)

This trio was the "house band" for the Montmartre Jazzhus in Copenhagen during the late 60's and early 70's. In that setting they accompanied and recorded with touring American expatriates like Dexter Gordon and Johnny Griffin. Here, the three of them get to stretch out in the studio, playing in a very melodic, flowing style. Drew has a light touch on piano, and Pedersen shines as both soloist and accompanist. A little like the Bill Evans trio with Scott LaFaro. 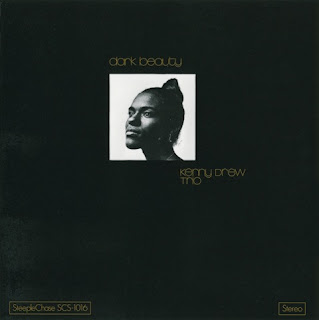 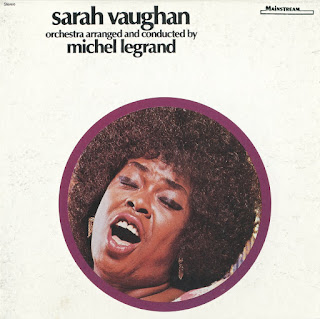 from the liner notes:

as I recall, was "The Summer Knows". Sarah sang her heart out and I got swept up in the music too. We finished the song and I glanced around the studio and nearly all of the musicians had tears streaming down their faces, they were so moved. (Michel Legrand)

orchestrations elevate this set of ballads

by the Divine One to the stratosphere. A heavenly session indeed!

I know it's already out there in the blogosphere, but this is the JP CD reissue and includes a couple of fabulous bonus tracks — Jobim's Wave (which appeared on Vaughan's Send in the Clowns album); and Deep in the Night (originally on Feelin Good, her 3rd album for Mainstream) — thereby collecting everything the two did together.

A beautiful collaboration between Sarah Vaughan and Michel Legrand -- and easily one of Sarah's greatest albums of the 70s! As he was doing with other singers at the time, Legrand helps Vaughan hit a new level of sophistication here — bringing in tunes that really get past simple pop and older standards, with adult themes supported by equally mature backings — filled with rich colors and complicated tones developed over Legrand's great work on film scores. Almost all tunes are originals by Michel — many pulled from his film work — and he also scored the arrangements here, working with the orchestra in a swirling blend of strings and jazz. 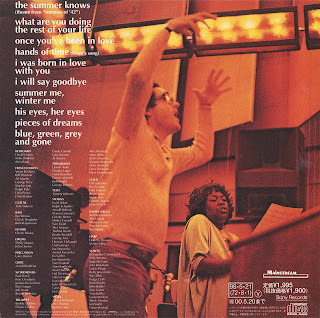 And one last thing... big up to Cheeba and the excellent Shad Shack site...
If you haven't checked it out yet, it's over here!
Posted by taro nombei at 5:02 PM 10 comments: