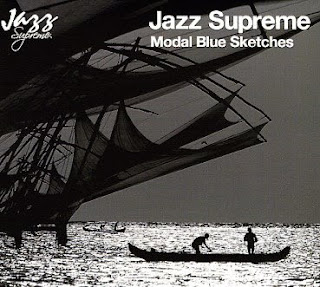 barabara sounds sez:
Jazz Supreme Numero Cinco, and it's yet another cracker – another belting line-up in the tried-and-true vein. It starts out like it means business with the one and only Dave Brubeck, moving on into Duke Pearson and then the wonderful Harold McNair. Then come the heavy hitters: Wayne Shorter, Leon Thomas and Mingus, via Ray Russell and Ahmad Jamal, before sealing the deal with Paul Horn, Dave Pike and Freddie's version of Little Sunflower.

By this stage in the series you could argue there is only one way to go, and compiler Toru Hashimoto is maybe playing it safe in some respects. But, bottom line, there are no no-nos! OK, the world can exist very readily without soft piano trio renderings of Boz Scaggs. But Louis van Dijk really is not a problem. And at least there's no Elliott Smith…

So here we reach the end of the Jazz Supreme line. Yes, there were actually six in the series. But someone appears to have borrowed/lifted the sixth and final album from me. So, unless someone steps forward and kindly contributes the last one – this is the one we're missing – then that's it. 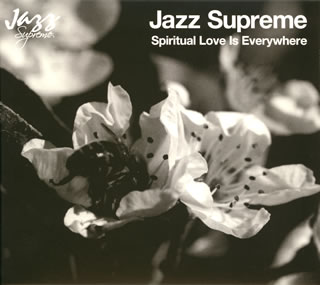 The fourth in the Jazz Supreme series, and it follows pretty closely the template of the previous volume, featuring a succession of heavy-hitting tracks (mostly) from that golden age of 70s spiritual jazz, spiced with a few tasty numbers from the early 60s, and even before that. It kicks off — obviously and appropriately — with Pharoah and barely lets up, with Mike Westbrook and Michael Garrick again added to the mix, closing with the wonderful Bill Evans' Peace Piece.

And, just like last time around, there are also a couple of clunkers thrown in — or at least non-sequiturs. Compiler Toru Hashimoto must have had a serious infatuation with Elliott Smith (or perhaps the record company was leaning on him hard) but he (Smith) just doesn't belong in this company. And why Hashimoto picked just about the one throwaway track from Shepp's entire immense back catalog — personally I find Cal Massey's five-year-old daughter's warbling quite unlistenable — when there are so many other possibilities is hard to understand.

But even so, even so, even so… it's not a bad comp at all. And although jazz heads will know 'em all, it's still nice to hear your old favorites spliced in a new sequence. Spiritual Love IS everywhere, especially if you're taking it with you in your iPod… 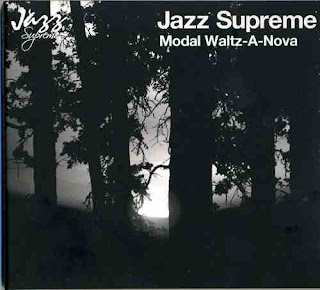 barabara sounds sez:
Album #3 in the Jazz Supreme series strikes a rather different balance of sounds. This time around there are none of the contemporary club jazz artists (unlike the first two albums). Instead we get a classic selection of tracks by the likes of Roy Haynes, McCoy Tyner, Oliver Nelson, Elvin Jones and — one of the standouts — Walt Dickerson.

Great to have some UK and European jazzers represented in the mix, too. If you like that Roland Kovac track, check out the full album here. There are also a couple of odd ones out: what Pedro Biker and Elliott Smith or their tracks are doing here is hard to fathom. But hey, it's really no problem: if (like me) you don't think they belong, then just program them out of your playlist... 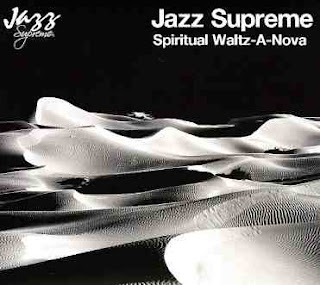 barabara sounds sez:
More supremely jazzy sounds from this great series. This was actually the very first of the excellent Jazz Supreme comps, and it sets the tone perfectly. A brilliant blend of classic and club, drawing from the back catalogs of Strata-East, Black Jazz, Tribe and interspersing them with righteous sounds from more recent times.

Among my favorites: Abdul Rahim Ibrahim (the former Doug Carn); Dee Dee Bridgewater; and Charles Greenlee (with Archie Shepp of course). And I'm sure I'm not the only person to discover the Pete Jolly Trio through this album. 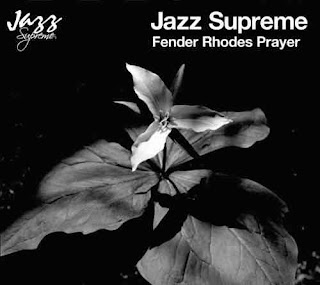 barabara sounds sez:
Summer nights, balmy and subtropical. Some spiritual vibes to mellow out once the heat of the day is done... One of my alltime favorite comps, this is a tasty shuffling of classic 70s jazz and newer clubbier sounds – some better known, others a lot more obscure – put out some five years back as part of a series given the exceptionally cool title Jazz Supreme. Cue plenty of exclamation points from the ever-enthusiastic Dusty!

dusty sez:
A sublime batch of Fender Rhodes grooves – all of them deeply spiritual numbers with a strong jazzy vibe – most from the 70s, but also including a few contemporary cuts as well! There's a totally righteous feel to the whole collection – one that goes even farther than the first volume this great Jazz Supreme series – and the mixture of electric keys with deeper spiritual leanings is completely sublime – a sound first forged in the 70s, and carried through by some current artists who share a very similar vibe! …[this] 18 song collection runs for nearly 80 minutes in all!